Home Leadership and management training Getting Any Result You Want From People-It’s Not The Chore We Make It Out To Be!

Getting Any Result You Want From People-It’s Not The Chore We Make It Out To Be!

Getting Any Result You Want From People-It’s Not The Chore We Make It Out To Be!

People are a real pain in the @#$ to lead. I’ve heard that a thousand times around the country from leaders at every level! If only it were true we could then justify the billions of dollars of lost productivity organizations are experiencing year after year!

Leadership is a very hot topic today. You see and hear it mentioned everywhere. It’s on the minds of individuals and organizations. Everyone trying to figure out how to make it work better for us all. So what are they really looking for? From the articles, white papers, etc. it seems as though corporations are looking for ways to increase productivity and ultimately, profitability. From those same sources, it appears individuals just want their workplace to be a happy place where they can enjoy being there and become successful. One thing is certain, people on all sides of the issue want change. The remaining questions are: what change and how do we do it? 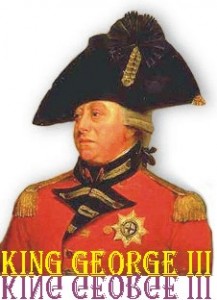 We are at a point in our history where we really have to think it through and figure out what works best not only for our organizations, but for our society, our children and our future! We have a wide range of leadership example to review throughout our recorded history. Examples like that of the hard charging WWII General George S. Patton, to the extremely passive examples from our history like Gandhi. There are also many examples of leaders with traits and styles that fall in between the examples provided by Patton and Gandhi. Leadership examples also range on the topic of loyalty from, “you should give me your total loyalty and if necessary sacrifice yourself for me and the cause to, just take care of you”. The first thing we need to focus on to find the right example for present day success is, which leadership example and type takes care of everyone not just select interests. A group focused leadership will be more effective than a self-serving type of leadership, is the general consensus. There are the few who still think dictatorial leadership works best but, that ignores the fact that, all research and evidence shows that in our current time and space, Americans don’t respond well to dictators.

To their point though, people do like to be led by confident action oriented people. So the solution lies in-between the dictator and the lassie fare leader who says, “lead yourself, you can do it”. If we look at the goal of a leader it helps to shed light on what is needed, as far as behaviors, in modern our leadership positions. Successful and effective leaders today do not seek the limelight. Their focus is the success of the individuals they lead and the group as a whole. When they do this well, the individuals they lead, the results they produce and the organizations they work for all bestow honor and accolades on them. They have no need to tell the world how good they are. Everyone else does that for them. One of the most effective results produced by that style of leadership, is that the team being led keeps their attention and focus on the goals being pursued, instead of the often negative behaviors of other leadership styles. Leaders that use sarcasm, yell, belittle, threaten, slam doors, are self-serving, or dishonest create apathy, chaos, and conflict in the work environment. A successful modern leader is seen and heard frequently and always focused on the goals and results with no negative emotions.

To learn to be a leader that is successful with any group and that can achieve any goals, takes learning a basic understanding people their beliefs and their behaviors. As well as, the universally accepted behaviors that make all people feel good individually and in a group. Lots of people think they like dictators like George S. Patton, until it is them he is slapping in public. Just as often, people think they like leaders who will not tell them what to do, until they need direction and training and get neither but are held accountable for the results. Research shows what people as a species like most, is a person who leads them by treating them with dignity, respect and honesty. A leader who will definitely hold them accountable but only after he or she has given them the tools, training, and support to guarantee their success. We all like to succeed and we all like to have the path to success laid out for us! Research shows these are not only the most popular leaders, they are also hands down the ones that deliver the right result, at the right time the right way! 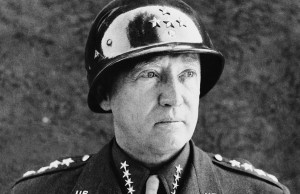 While notable leaders throughout our history had good interpersonal traits and enjoyed success. To a person they all used behaviors that distracted some people from the mission, like Patton and the slapping thing. You may not have been born the perfect leader but you can certainly learn to become one. It’s not as difficult as you might imagine. There are some basic knowledge, techniques and behaviors that when used, produce positive and highly productive results with people consistently and even easily. These skills teach how to elicit the best any individual has to offer voluntarily as opposed to more dictatorial approaches which try to demand or force performance. You become a catalyst that simply elicits and channels high positive performance from everyone into a single stream of massive productivity. It’ not magic! It’s simply having that basic understanding and techniques.

This is the standard of leadership people are so frantically looking for, yet seemly are having a hard time finding. With little time, effort and cost anyone can learn to become this highly successful and acclaimed leader. In fact, you can get certified as that leader and become the standard to reach in your organization!

This site uses Akismet to reduce spam. Learn how your comment data is processed. 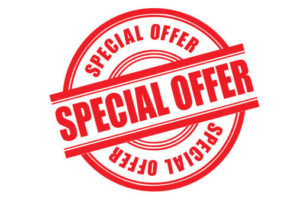 Get 10% off of All Online Training for a Limited Time!

Become a TLI member and get a 10% discount on everything!